What Is Our Aura And How Can It Protect Us? 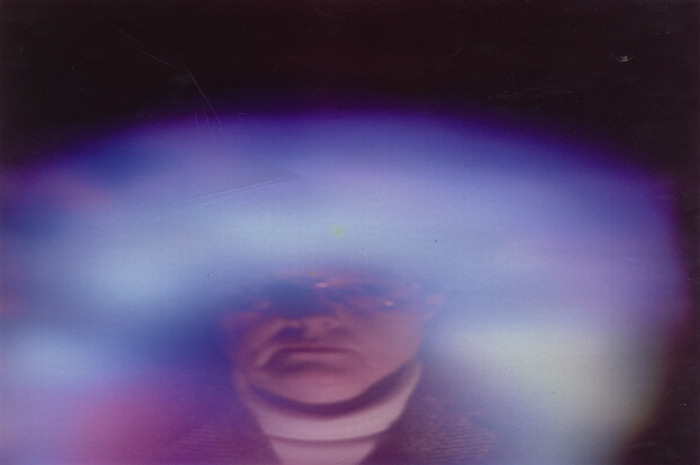 All living beings have an aura. The aura ´sits´ around our body as an oval electric ´field´, which reaches out 50 – 100 cm. from the body. The aura is in most cases invisible to the human eye, but many people are able to see auras as a shining field around the head. When pictures of Jesus often show a kind of halo around his head, it is his shining aura that is being depicted.

Our aura holds our consciousness

The aura consists of electromagnetic radiation or ray-formed matter, as Martinus, the Danish visionary and mystic, calls it. It is this kind of matter that our consciousness consists of. Our consciousness is not restricted to the brain, but it sits around the whole body as a field of energy. We build up our consciousness over thousands of incarnations, and for each life we live, we add to the contents of our consciousness because we have new experiences. All experiences are stored in the aura, so that means that we become wiser, cleverer and more humane for each life we live. Our consciousness holds all the aspects that make us into human beings such as feelings, memory, level of intelligence, patterns of reaction, habits, ideas, morals, culture, wisdom, creativity, compassion, humour, gentleness or hardness. It holds our accumulated experiences of suffering which means that in areas where we have suffered ourselves we will develop a strong compassion towards others in the same situation. This experience of suffering will tell us with great precision what we can find in our hearts to do to others. All aspects of the person we have become, based on our experiences during thousands of lives, sit in our aura and make us into the person we are today. This means that today we are a result of our accumulated experiences from the past.

We are all ´a piece of art in progress´

Each time we reincarnate, we add to our experience ´bank´ and in that way, more and more wisdom is built into our being. Martinus says that we are all subject to a process of perfection or ´a work of art in progress´. The aim of this development is to become Man in the Image and Likeness of God, as it has been said in the Bible. Once we reach that point we will be all-loving creatures that only live to be of service and assistance to others.

We are not there yet but we are all on our way. In tune with the sufferings we experience, we develop our ´muscle´ of compassion and universal love, so in that way we are all progressing toward our goal.

So, our consciousness holds all the aspects that make us into the person we are today. It is our ´storeroom´ of all our non-physical characteristics. This storeroom has a vibration, because in this universe everything has a specific vibration. The specific vibration of the aura of every single one of us is of huge importance to what we attract.

The Law of Attraction

Our vibration has a specific wavelength that it operates on. The wavelength and vibration of our consciousness is defined by our thought climate. Our thought climate is defined by the kind of thoughts we allow to dominate in our consciousness. A very loving person, whose thought climate is filled with desires to help, alleviate suffering and bring assistance and joy to his/her fellow man, has a consciousness that vibrates on a completely different wavelength than that of the person who is filled with hatred and wants to kill other people. Those two wavelengths will repel each other. This means that an all-loving person will feel rejected by the mere sight of a hateful person. The two will not seek out each other´s company, they will not belong to the same ´club´ or association and they will avoid each other should they meet.

It is the attraction aspect of our consciousness or aura that decides which friends we have, what clubs we belong to, who we marry and whom we like to hang out with.

The vibration of our aura is also of paramount importance in relation to our karma. The law of karma decrees that we reap as we sow. In this way we will get back from the universe what we have once sown. This sowing can have taken place in this incarnation or in a previous one. No matter when we sowed it, it will come back to us sooner or later. We can also put it like this: what we do to others we eventually do to ourselves. In that way, we create our fate. Our fate is the return of waves of energy that we once sent out ourselves. This means that nobody but we are responsible for our fate.

But there is a very interesting aspect to this return of karmic waves, because this return is orchestrated by the vibration and wavelength of our aura.

Let us say that Oscar once killed a man. When he committed the murder, his consciousness and aura was full of thoughts of hatred, pissed-off ness and anger. He was so angry that he got out his knife and killed a person. In that way he sent out a huge karmic energy wave of murder into the universe. This energy wave is now travelling through space and at some point in time, it will come back to its point of departure – Oscar. When it does, the energy of hatred will add itself to the other ´bad vibes´ already present in Oscar´s aura, and when it does, he will attract another murderer who will kill him. This is how it works in most cases.

However, the murderous wave of energy can be a long time coming. Its return to Oscar can take several incarnations. But one day the murderous energy will return and it will try to enter Oscar´s aura. But now it cannot get in! Why not? Because in the intervening years, Oscar has changed his ´act´. He has realised that killing is no good and he has become a peace-loving individual who cannot hurt a fly. He has become a vegetarian, so now he has no energetic and vibrational match in his aura that can let the murderous karmic wave in. The murderous wave arrives at Oscar´s ´front door´ but finds it closed. There is no vibrational match between the murderous wave and Oscar´s present state of mind, so the wave is rejected and dissolved.

The ´forgiveness of sin´

Because of his different mental set up with an overweight of all-loving thoughts in his consciousness, he will not have to experience the effects of the murder he once committed. In this way he has achieved, what in the Bible is called ´forgiveness of sin´. Karma is a loving instruction, and once we have demonstrated that we have learned the lesson, no more lessons are necessary. We can also say that Oscar was protected by his aura by his new, all-loving mentality.

Is owning a gun a good protection?

This has huge implications for our overall level of protection from our surroundings. Many people think that they can protect themselves from an attacker by owning a gun. For that reason, we have the debate in the USA about the right to bear arms. People think that they are protected when they own a gun and if they were attacked, they would fire the gun. They do not realize that having this gun is no protection at all. As long as they have a mental set up that tells them that it is all right to shoot another living being, then they are not protected no matter how many cannons, shotguns and pistols they own.

There is only one real protection that you can achieve, and that is your loving mentality. With a loving mentality, your aura becomes very pure and it vibrates on such a high wavelength that murderous energies cannot affect you. When the karmic wave returns, it will find the ´door´ closed because there is no vibrational match between the karmic wave and your aura. The old karmic wave will then be dissolved. It will be rejected at your ´front door´ and will have no effect on your life.

If your aura holds the vibration of dead animals that have been killed for food, then you are not protected. The vibration of death and misery from the meat you have incorporated into your body will add itself to your aura and leave you with zero protection, even though you are kind and loving towards other humans. A killing energy is a killing energy no matter what kind of living being you participated in killing.

But all-loving thoughts and an attitude that never allows you to participate in any type of killing (not another human, not an animal and not an insect) then you have real protection. There is no other real protection.