Does the Earth Love Us? 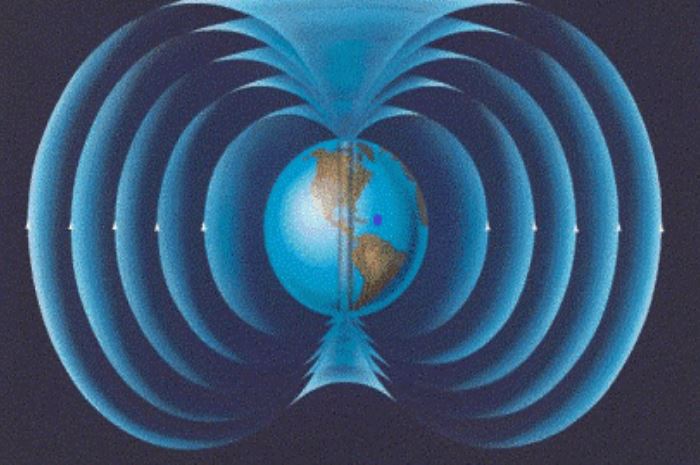 To most people the Earth is just a huge dead lump of matter whirling around in space. Most do not see the planet as a living being. Our scientists certainly do not. However, there are some who do see the planet as alive in some small way; they honour the earth, call it Mother Nature and want to protect it, but they think that our presence here is a nuisance to the planet. But those who have profound spiritual insight know that the Earth is much more than a mere lump of dead matter – indeed that it is an advanced living being with consciousness and intelligence. They also know how important we, the human beings on its surface, are to it.

The vital signs of the Earth

This is what Martinus, with his cosmic consciousness, could tell about the planet we live on.

The Earth is alive. The most evident fact is that the Earth has metabolism. Only living beings have metabolism. We know that organic matter is decomposed in the earth and enter a new cycle where it is reused. The cycle of matter is the metabolism of the Earth. Also, like all other living beings, the Earth has an aura, which is the electrical field that surrounds beings that are alive. We mostly refer to the aura of the Earth is its magnetic field. This magnetic field stretches far into space. Furthermore, the Earth has an advanced ´blood´ circulation in the shape of all the fresh water on the surface that runs in brooks, streams, and rivers. The water is constantly on the move, except the part which is temporarily ´bound´ in ice. Also, the salt water currents of the planet, such as the Gulf Stream and the Humboldt Stream, form part of the ´blood´ circulation of the planet, and the constant movements of masses of water that they create are essential to the maintenance of life here, just as our blood circulation is essential to the maintenance of our life. It is the life force of the planet that drives this huge circulatory system. What else could it be?

It is the life force, the I of the planet, that makes things grow. On every square inch of the surface a plant will begin to grow provided it has water and a bit of soil. There is life everywhere on the planet except maybe in the deserts and the ice caps, but even there, strange life forms seem to thrive.

When the water on the surface is heated by the Sun, it evaporates and rises upwards. There it is cooled and falls as rain. There is a major evaporation and condensation of water taking place all over the planet at all times, and this can be likened to the breath of the Earth; it is its huge breathing.

The Earth also eats and sleeps. It eats all day long. Its food is the constant supply of energy that it gets on the side that is turned towards the Sun. This energy then feeds the plants, and when they wither and die, they supply ´solid food´ to the planet and nourish it. The metabolism of the Earth then decomposes the plant matter, and it is absorbed as new nourishment.

The side of the planet that is turned away from the Sun is in darkness. On that side most of the living beings are asleep. In that way the Earth sleeps as it rests a part of its micro cosmos all the time. And in that way, there is a constant presence on the surface of the planet of well rested micro beings in the shape of those that emerge into the sunlight as the Earth spins. One side rests while the other side works.

The Earth is also in charge of what we call natural catastrophes. When there are earth quakes, volcanic eruptions, and tsunamis, these are the results of movements inside the body of the planet. These movements are yet another sign that the Earth is alive. Only living beings produce movements.

Just as we regulate our body temperature to combat intruding bacteria, so does the Earth regulate its temperature. This regulation of the temperature of the body of the Earth is what we call climate. The climate is controlled by the I of the Earth in conjunction with the Sun. The climate has never been constant, and how could it, as it is the result of the bodily regulations of a living being? This bodily regulation not only affects the temperature on the surface of the planet, but it also manifests in the regulation of the saline levels of the seas, and in the amount of oxygen and carbon dioxide of the atmosphere. The oxygen level of the air has been constant at around 21 % in spite of the rise in carbon dioxide levels. How can that be?

We do not control the climate of the planet. The I of the Earth does. But that does not mean that we cannot affect the climatic conditions in some way. For that reason, it is a good thing that we develop new green sources of energy and move away from the burning of fossil fuel.

Is the Earth angry with us?

But is the Earth upset with us, as many people suggest? Some say that the Earth is angry with us, that it is crying because of us or indeed that it is dying. But none of this is actually the case. The Earth is one of the most advanced planets in this part of the galaxy and it is in no way dying. Just like all other living beings, the Earth needs its micro beings, meaning us, to sustain its life. In our own body there are trillions of living beings in the shape of organs, cells, molecules, atoms etc. All these living beings are essential to our survival. In the same way we, the humans of the planet, are essential to the Earth. Humans and advanced animals are the equivalent to the brain cells of the Earth. We are extremely important to it. Its survival depends on us, because who can live without brain cells?

This means that the Earth depends on us just as we depend on our micro beings to sustain our life. So, yes, the Earth loves us, and it will go to any length it can to protect us. It is not deaf and blind to us, but it cares about us. It helps us regulate the carbon dioxide levels, it regulates the oxygen level and it is seeing to it that we are now in the process of going greener. It cares, not just because its own life depends on us, but because it is an advanced living being with a highly developed ability to love.

The Earth is a macro being and its life span is huge compared to ours. It has gone through many epochs – epochs where there was only plant life, then one when primitive beings such as the dinosaurs roamed the globe. It is only recently, in Earth perspective, that humans emerged on the scene and we are here because the Earth will soon (in 3000 years) become an enlightened being and achieve cosmic consciousness. It needs advanced brain cells (us) to carry this highly developed thought material. It is the Earth that decides how many of us incarnate here – we do not regulate the number of people or animals that live here. The I of the Earth does.

Our long-term future looks good because in 500 years there will be no more wars and a real human kingdom, populated with educated, all-loving and compassionate human beings will start to grow. There will be peace and abundance for all once we eradicate greed, lust for power, intolerance and selfishness.

You can read more about this in my book ‘Death Is an Illusion’. You can download a free chapter from ‘Death Is An Illusion’ from this site