How Does Conception Take Place? 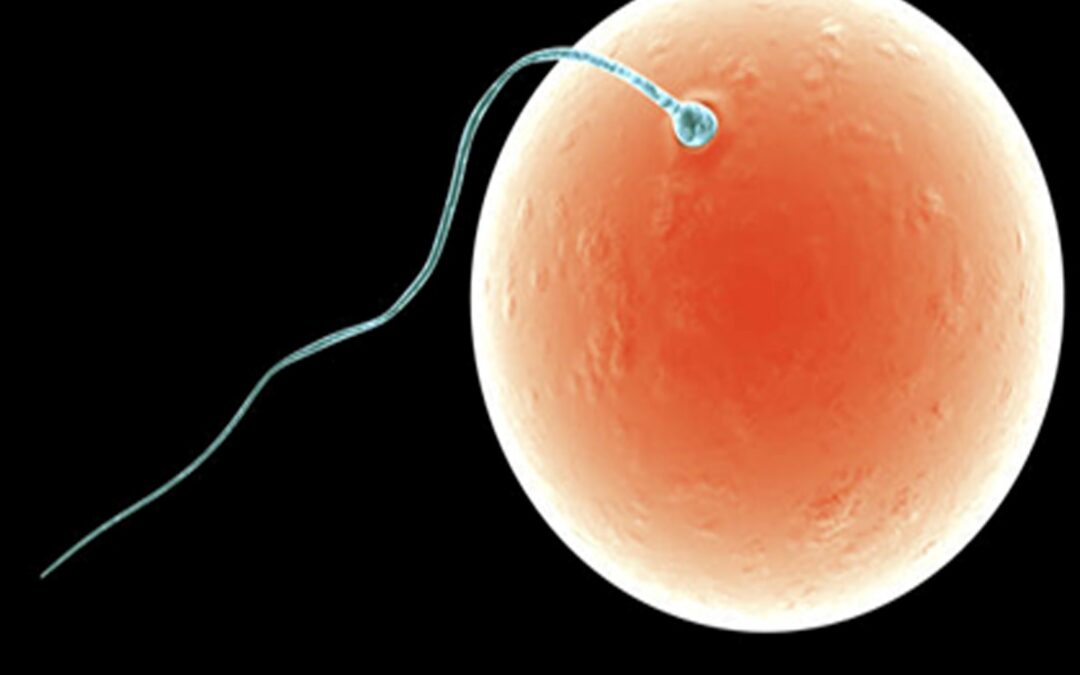 ‘How Does Conception Take Place?

You may now think that I have not been properly informed about the fundamentals of life and that my ignorance is knee deep, but don’t worry, I do know that having sex has something to do with it. So, why am I writing this blogpost? I am because there is something that is being completely overlooked in the process of conception and this something is the sine qua non to starting a new embryo. Let us have a look at this huge flaw in the mainstream perception of what it takes to start a new baby.

It is the accepted understanding that all it takes to start the process of embryogenesis is the two sex cells: the sperm cell from the man and the egg cell from the woman. Once the two cells find each other, a new child will start to develop in the womb.

But that is actually not so. Far from it. There is an essential element missing – an element that is indispensable and completely essential to the process of embryogenesis.

The Miracle of Birth

The two sex cells are quite ignorant about the hugely complicated process of embryogenesis – they do not have a clue. They have the tools but not the information necessary to create a new baby. Bear in mind that in nine months the fertilized egg will go from being just one cell holding the genes to becoming a multi- trillion cell structure consisting of 200 + different cell types organized in the most appropriate and intelligent way.  After nine months we have a fully developed small human with heart, lungs, stomach and digestive tract, kidneys, liver, blood circulation, brain, skin, hair, nails, eyes, ears, mouth, nose etc. etc. Think about it: how would the two sex cells have all the information about how to orchestrate the creation of such a complex structure? No wonder we talk about the miracle of birth. The missing element in the equation is not one that Science is aware of. And they know that something is amiss. But what is it? The missing element is the incoming soul.

Without the incoming soul, there can be no conception and no embryogenesis. Now why is that? It is because it is the incoming soul that has all the information and know-how of embryogenesis.  How is that? you may now ask…. And here is how: The incoming soul is a field of energy and it consists of a type of matter that Martinus calls ray-formed matter, which is identical to what Science calls electromagnetic radiation. Ray-formed matter is invisible to the naked eye, so its existence has been overlooked for decades. However, no modern human being would deny its existence, as we all use this type of matter every day when we talk in our mobile phones, listen to the radio or watch television, roam cordlessly on the internet or heat our food in the microwave oven. It is an indisputable fact that invisible matter exists.

All ray-formed matter has a double identity: it holds energy and it holds information. In the case of the incoming soul this information is organized in an electrical field, which operates on a specific wavelength. The electrical field was what left the physical body when it last died, thus rendering the body motionless and dead. The body is dead because it was the energy of the field that enabled it to move and live. When the energy field pulls out of a physical body, it is because the body no longer serves it. The body is only an instrument for the field, and the field still exists irrespective of whether it is attached to a body or not. Energy cannot be destroyed.

What the Incoming Soul Knows

The incoming soul knows a lot. Much more than we can imagine. Let us list some of those elements: First of all, the incoming soul holds the “I” of the individual in question. It also holds the consciousness of this I. In the consciousness we have all the elements that defined the individual: its sense of self, its memories, its level of intelligence, its character traits and personality, its abilities, habits, tastes and tendencies, its likes and dislikes, its possible phobias, its emotions and patterns of reaction, its morals, its talents and everything that defines the person. In connection with the embryogenesis, the incoming soul has all the knowhow of how a new human body is created. It has this knowledge as an automatic function like our bowel movement, heartbeat, breathing etc. At the moment of fertilization, the incoming soul joins the party and puts all this knowledge to work, and it creates its new physical body completely in its own favor. It picks and chooses in the genetic material and activates the genes, put at its disposal by its parents, completely to its own liking. It orchestrates the cell division and creation of new cell types, it initiates the creation of all the vital organs and digestive tract, muscles, arteries, blood etc. and it can do this because it has done it many times before.  The necessary information lies saved in its fate element, which is like a memory stick for information accumulated over thousands of incarnations. Without the incoming soul, there is simply not enough information about embryogenesis in the fertilized egg, and research from the University of Oxford has established that information is added to the ignorant zygote in the course of the first few hours after fertilization. Without the information package supplied by the incoming soul, there can be no new baby. There can be no conception without the incoming soul. Many women can actually feel it the moment they get pregnant. They can sense the presence of the incoming soul.

The Role of Orgasm

Now, how does the incoming soul find the lovers? It does via the law of attraction, which decrees that energies on similar wavelengths attract each other. The energy field of the discarnate being or spirit operates on a specific wavelength and it is ´sitting´ on the spiritual plane which has a high vibrating frequency. The joint energy of the lovers also operates on a specific wavelength and this means that the two wavelengths have to have a great deal of similarity in order to attract each other. But the lovers are on the physical plane and here the vibration is not so high. So, in order to attract a discarnate being the lovers have to get their vibration up to a much higher level than usual. They do that via the orgasm. During the build up to the orgasm, the vibration of the lovers rises and rises, and it culminates in the orgasm whose vibration is high enough to reach the level that the discarnate being is on. If there is enough similarity in wavelength of the two sets of vibration, conception takes place. The wavelength is mainly defined by the type of thought matter that the spirit holds. The wavelength of a very angry and hateful spirit will be very different to that of a very humane and loving spirit. In order for conception to take place the wavelengths of the two parties have to have a certain amount of similarity. This means that we will be attracted to parents who we are on a mental wavelength with.

The orgasm is actually quite essential to conception, but its role has not been well understood. When I was in my teens, I was told that if the woman kept herself frigid during sex, then she would not get pregnant. That was considered an old-wives tale but actually there is some truth in it. The less the joint wavelength of the lovers climbs op the ladder towards the spiritual being, the harder it is for conception to take place. In the sterile environment of the laboratory it is quite difficult, and that is why it is relatively difficult to conceive a child artificially.

But still, the most important prerequisite for conception is that the two sex cells find each other and because the sperm cell retains a certain amount of high frequency in itself, conception can take place without a joint orgasm, but it is just not so frequent.  Fortunately, it is so, because in the case of rape the woman does all she can to not participate. Still, in the worst case, conception can take place after rape.

The incoming soul creates its new body according to its own wishes and in agreement with its fate and karma which hold the lessons it is coming down to the earth plane to learn this time around. Basically, we can say that an old soul, with its own agenda based in the karma it has sown in former lives plus a huge accumulation of knowledge and talents, incarnates into the fertilized egg, and it is this knowledge that creates the new body. In other words, we have an old soul that is reincarnating and creating a new body for itself in which to reap what it has sown in former lives and experience yet another lesson on the earth plane. Reincarnation is a fundamental principle and it is via this principle that life is ´blown´ onto the physical plane. All life forms reincarnate, from atoms, cells, molecules, organs, plants, animals, humans, planets etc. All life forms are eternal beings on a never-ending journey through spiritual and physical realms in a living universe.

To learn more about reincarnation please read our book ´Reincarnation in a Nutshell –  Why Reincarnation is Real´ by Else Byskov and Maria McMahon.  In the book we explain all the details, the logic and the evidence for reincarnation. We also explain why cloning a human is not possible.

Here is a link to the book: https://www.amazon.com/gp/product/B07MNT3DX8/ref=dbs_a_def_rwt_bibl_vppi_i1