Is Suicide a Good Idea? 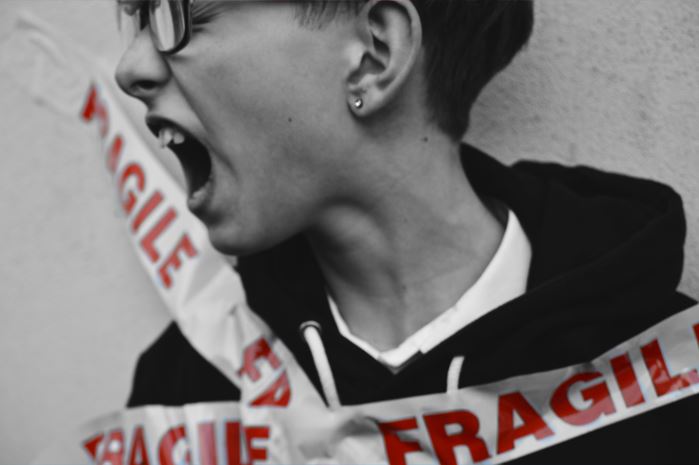 Suicide is generally seen as the ultimate escape route. If life becomes totally unbearable it is considered the way to end the misery. Most people probably think so and this idea is founded in a purely materialistic worldview: we only live once, physical matter is all there is, we cease to exist when we die because then it will all be over….
Or will it?

When we pass over to the spiritual plane we will enter the spiritual world that can be envisaged as a light world of thoughts organized in a hierarchical structure. We will be fitted into this structure according to the wavelength our consciousness operates on.
Persons who commits suicide has their consciousness flooded with dark thoughts, depression and hopelessness. They are in a very dark and sombre place indeed. The dark and sombre thoughts do not go away when the spirit is released from the physical body. They will still be the predominant thought sphere in the consciousness of the suiciders and they take this state of mind with them onto the spiritual plane. Here they will be attracted to a similar wavelength in the spiritual world because like wavelengths attract each other according to the law of attraction.

From bad to worse

This means that suiciders, who by their acts were hoping to get out of the sombre state of mind, will be attracted to a wavelength where sombre and dark thoughts prevail. It is no escape at all. It is a flight to more of the same or worse. The suiciders will wake up from the suicide and find themselves in exactly the same state of mind as before. But when they were still in their physical bodies, they could walk out into the sunshine, take a stroll in the park, call their mother or go and have a pizza. But not on the spiritual plane. Here there is nowhere else to go, no mother to call, no garden outside, no pizzas… there is only the sombre wavelength which is filled with a lot of other equally miserable spirits. It is a very unhappy place to be and the suiciders are stuck there until they ask for help. But asking for help may not be the first thought in the suiciders´ mind, because if it were, they would have asked for help on the physical plane, wouldn´t they?
So now the suicider is stuck there in a very sad and miserable company. It is not a nice place to be, actually it is worse than a Machiavellian version of hell. But after some time, the suicider will get so miserable that he will ask for help. The act of asking for help opens a much lighter wavelength via which the guardian angels of the suicider can enter and help him out of there. He will then be taken to a wavelength that corresponds to the most developed part of his psyche and he will dwell there in his own version of paradise until it is again time for him to reincarnate into a new physical body.

The escape button, you tried to press, does not exist

But here is another hitch: he will go back to the physical plane to relive the circumstances that led up to the suicide. He has to do that because he has to learn that suicide is not the answer and all life is sacred, including our own. Our many lives on the physical plane are one large process of learning and if you have cut your process of learning short by taking your own life, then you will have to go back and do a replay. You will have to go back and learn to solve the problems that led up to your suicide in a proper, decent and logical manner. The escape button, you tried to press, does not exist. The problems you created for yourself have to be solved in a positive manner. If the suicider had asked for help on the physical plane before trying to kill himself, then he would have been helped in one way or the other. Help is always provided when we ask for it.

Going back to square one

So, the physical life we live following the life when we killed ourselves will be dedicated to repairing the damage that we did in the previous life. Suicide is like going back to square one. We have to relive the whole process that led up to the suicide in our last incarnation and sort the problems out in a good and proper way. Should we commit suicide again, it is back to square one again. Suicide does not solve anything. It halts our development because we have to dedicate all our energy to sorting out the mess we made of our last life.
Suicide is not the ultimate escape route that many people think it is. The only escape route from problems is to solve them in a proper way – in this life, the one we are living now.

Let us say that you had invested all the family money in stocks and now suddenly the financial marked has crashed. You lost all the money. You are now very embarrassed and cannot face the family to tell them that all is lost. So instead of facing the music you kill yourself. This will not only put the family in an even worse situation than if you had been there to tell them and help everybody get on with life, but it will make them miserable and full of guilt. In that way you have, in addition to the killing of yourself, sown dark karma for yourself because in a future incarnation you will experience a close family member´s suicide. We all reap as we sow, and sowing suicide will only create dark karma on so many levels. It is not a good idea. It is far better to seek help and overcome the challenges that life has thrown at you, no matter how hard those may be, because the karmic debt of suicide is way too high a price to pay.

All life is sacred

All life is sacred, and we are all on a journey towards perfection. If we cut our journey short by killing ourselves, then we have, for a time, prevented our progression towards enlightenment. Thus, we have done ourselves a huge disfavour.
Forget about suicide. It is not an exit route. It solves nothing, it only makes things worse.
See more at: newspiritualscience.com
beautiful.