The Most Unfounded Fear 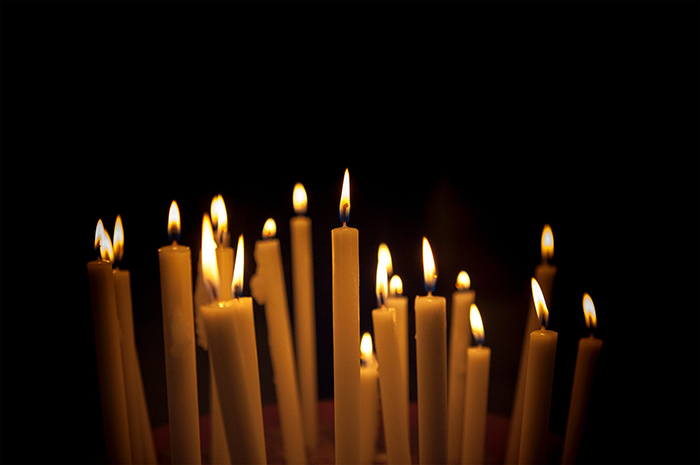 To the majority of people living in the world today Death stands as the thing to fear most. Death is seen as a cessation of life, and in tune with the general exodus from the traditional religions, atheism is growing. With atheism comes a rejection of all things spiritual and the conclusion is that there is nothing after death, no survival of consciousness and no God.

The amount of evidence is growing

This widespread attitude does not, however, have a foundation in modern research and science. More and more research is carried out that confirms that death is not the end and that our consciousness survives the death of the physical body. As the amount of evidence grows, it becomes more and more difficult to adhere to the idea that death is the end of life. Indeed, this idea is a belief that is not supported by evidence. When you think that the death of the physical body means the end of your life, you are a believer, because it cannot be proved.

Nobody has ever been able to prove that nothing survives death. On the other hand, the evidence for the survival of consciousness is growing every day.

Now, the evidence for life after death may not be all that well-known, but it is there and the titles of books that confirm and support the idea that our consciousness survives the death of the physical body are growing every year. Some of these books, such as Anita Moorjani’s ‘Dying to be me’ and Eben Alexander’s ‘Proof of Heaven’ have become bestsellers. It is as if the spiritual level of existence is knocking on the door of the physical world begging to be let in.

We cannot measure spiritual matter with a yardstick

The problem here seems to be that the general attitude is that it cannot be proved ‘in the right way’ and for that reason, most hard core scientists reject the idea of life after death because it cannot be weighed and measured.  When we want to understand how post-mortem survival can take place and what happens when we die, we have to leave the criteria that rule materialistic science. We cannot measure spiritual matter with a yardstick and we cannot weigh it on a scale.

But spiritual matter is as real as physical matter and we use this type of matter every day when we think, remember, consider and conclude. Our whole thought sphere consists of spiritual matter. We can also call our thought sphere our consciousness.  Our consciousness consists of very fine waves of electricity and it sits around our body in the shape of our aura. Many people can see auras and our auras have different colours that reflect the predominant beliefs in our minds. The electricity that is present in our thoughts and auras can be measured with modern technology, so there is no point in claiming that we are not electrical beings apart from physical beings. Our aura is a field of electricity that can hold information.

This field holds all the information about who we are: our ´I´ or sense of having a self, the totality of our thoughts, our memories, our intelligence, our character traits, our personality, our likes and dislikes, our emotions and patterns of reaction, our morals, the basis for our behavior, and all the knowledge that we have accumulated. These traits are a very important part of who we are, indeed the most important part, and yet none of these are physical. None of the ´ingredients´, that define who we are, are physical. Without them, we would not be who we are.

Death is an illusion

The question is: why fear something that does not exist? Why not investigate all the factual knowledge that is already out there? One day in the future, it will become common knowledge that death is an illusion, so why not begin to take this notion on board now? Why not enter the modern era with an open mind? Why stay a sceptic when all this can be verified through study?

Some people might now say that we do not have a logical, comprehensive philosophy for post-mortem survival that explains what happens when we die, where we go to, what realms we dwell in and whether we come back to the physical plane. But such a comprehensive philosophy DOES exist and it has existed for 8 decades. It is the most mind-blowing, amazing revelation about both the physical and the spiritual worlds, and it reveals the mystery of life in the most logical and convincing way – a way that appeals to our intellects. I am talking about the work of Martinus, the Danish visionary and mystic.

You can read all about the evidence for life after death, what happens when we die and why reincarnation is much more than a belief, in my book: ‘The Undiscovered Country – a Non-religious Look at Life after Death’. On all Amazon platforms.

Why not put all fear of death behind you by achieving knowledge about this most natural of processes? Why not become updated about the latest research into post-mortem survival? Why be a believer in something that does not exist when you can know the truth and see the bigger picture? Why fear when you can know?