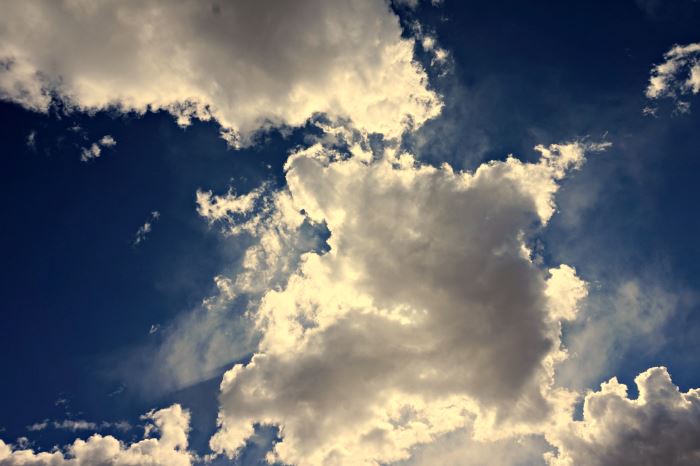 Jesus actually promises that such a new guideline will come when he says to his disciples:
12 “I have much more to say to you, more than you can now bear. 13 But when he, the Spirit of truth, comes, he will guide you into all the truth. He will not speak on his own; he will speak only what he hears, and he will tell you what is yet to come. 14 He will glorify me because it is from me that he will receive what he will make known to you. 15 All that belongs to the Father is mine. That is why I said the Spirit will receive from me what he will make known to you.” John 16:12-15 New International Version (NIV).

This promise has made most Christians believe in a second coming and many have visualized how such a coming will take place: Jesus will return in all his glory to be recognized by his many followers so that they can adore him and sing his praise.
But that is not what Jesus promised according to John 16, 12-15. Jesus said that he had a lot more to teach, but it was ´more than you can now bear´. What does that mean? It means that people who lived 2000 years ago were not sufficiently evolved with respect to their intellectual capacity to be able to understand the more complicated aspects of the workings of the universe. 2000 years ago, people were mainly under the influence of their instincts and their energy of intelligence was still only awakening. They were not ready then.

The Spirit of Truth

Now, that all sounds very interesting but where is this ´spirit of truth´? Did Jesus make a promise that he was not going to keep?
No, he did not. He has kept his promise and the ´spirit of truth´ has been here on Earth and ´he´ has revealed ´all the truth´ just as Jesus said.
What? You may now say… how can that have happened without us having heard about it? Well, the thing is that Providence works in subtle ways and not the way people expect.

On August 11th, 1890 a boy was born in a small holding in the village of Sindal in the north of Jutland, Denmark. He was baptized Martinus Thomsen. He was a most remarkable boy with a very strong connection to God. He grew up in poor and humble conditions and when he was ready to leave home, he supported himself as a dairyman. In his twenties he moved to Copenhagen and had various menial jobs. When he had turned 30, he received a book about meditation and he sat down in his wicker chair to meditate on the concept of God. Then the most extraordinary thing happened. He felt that he left his physical body and entered a divine presence. He saw before him the figure of Jesus come towards him and enter his body. He now saw the whole of the Earth bathed in the light from Jesus and he was completely overcome by awe and bliss. At a certain point his consciousness could no longer bear this strong influx of divine energy, so he had to jump up from his chair and interrupt the meditation. The next day Martinus sat down to meditate again and also this time he felt he was in the presence of a divine golden energy.

After these two meditations Martinus felt that his consciousness had changed. His mental field of vision had been expanded to include not only the physical world, but also the spiritual world beyond. Whenever he focused on a question, the answer came to him immediately. What had happened was that he now had the energy of intuition under the control of his will. He had achieved cosmic consciousness. This happened in March 1921.

Based on his new-found insight Martinus was able to reveal a whole world picture comprising both the physical and the spiritual worlds. It is the most complete spiritual revelation ever disclosed to Humankind. Martinus spent the next 60 years of his life writing down his analysis, as he called his work. It comprises more than 9000 pages of spiritual wisdom. Martinus died in March 1981 at the age of 90.

When Martinus was in his 80es he received a strong impulse from the divine level prompting him to call the whole of his work The Third Testament. The Third Testament is the fulfilment of the promise that Jesus made to his disciples 2000 years ago.

Spiritual nourishment completely adapted to our present level of evolution

Well, there is only one way to find out and that is to read his work. To those who have read it, there is no doubt that this is indeed the sequel to The New Testament, it is new directions to Humankind, completely adapted to our present level of evolution, completely adapted to a population living in a modern society with a scientific outlook. The work of Martinus appeals to our intellect and not so much to our feelings. It is spiritual nourishment to the advanced and evolved human being who has lost the ability to believe, but who has a need to know. The work of Martinus is completely logical and it has been written to satisfy our intellects, something that The New Testament could not do, because people who lived then had not reached the intellectual capacity that people have today. That is why they could ´not bear´ anymore 2000 years ago.

A sea of cosmic knowledge

Throughout his work Martinus explains many of the words and teachings of Jesus and shows how they can be understood today. In this way Martinus does indeed, ´glorify Jesus´.

Jesus said: “He will not speak on his own; he will speak only what he hears, and he will tell you what is yet to come”. With his cosmic consciousness Martinus had access to the sea of cosmic wisdom of the universe. This is an inexhaustible source of wisdom and it was from there that Martinus had his insight. In that way Martinus did not write from his own sphere of thoughts, hence ´he will not speak on his own´. With access to the infinite source of wisdom Martinus was able to ´speak only what he hears´.

Answers to all the big questions

What can we learn, then, from The Third Testament?  Here are some of the things Martinus reveals: the structure of the universe, the microcosmos (our cells), the mesocosmos (ourselves and the living beings around us) and the macrocosmos (our planet, the solar system and the universe).  Martinus explains who we are, where we are coming from and where we are going, why we are here and how we came to be here. He explains our connection with the life force that is God and what the meaning of life is. He explains why we reincarnate and why there is no death, what happens when we ´die´, where we go and how reincarnation takes place. He reveals how we can shape our fate ourselves through our knowledge of the law of karma, so that we can create happiness. He discloses why our family structure is in dissolution and why homosexuality is on the rise. He explains the reason for wars and assaults and unrest. He explains why many people are unhappy or ill or mentally disordered. He reveals what will happen to us and the Earth in the future and why everything is very good. He answers all the big questions in the most logical and intellectually appealing way so that we are left with a deep revelation of the mystery of life.

Not a new religion

Martinus underlines that his work, in spite of being called The Third Testament, is not a basis for a new religion. Religion is based on our ability to believe, but as our ability to believe has declined over the past centuries at the expense of our intellect, there would be no point in presenting another faith-based testament. What we need now is knowledge about life, knowledge that we can accept with our sense of logic. The work of Martinus is an object of study – the most important study you will ever undertake.

A merger of science and spirituality

The work of Martinus paves the way for a merger of science and spirituality. In order for us to have a complete world picture and a complete understanding of the structure of the universe, we need revelations that are acceptable to the scientific mind. But we also need to include the spiritual level in our understanding of the world, because if we don´t, we only have half a world picture. The spiritual level is the level of cause, where everything was thought out and created first. Without a ´map´ of the spiritual world we will never be able to navigate life and fully understand it.

When you have read the work of Martinus, you are completely overwhelmed by the scope of his work. Nothing like it has ever been written: most of the concepts are unheard of, unthought of and unimagined. It is truly mind-blowing. Only a person with cosmic consciousness and a profound insight could have written this. The unmistakable truth of his work oozes out from every line and page. It is life-changing, and it will constitute the basis for our societies and the world in the centuries and millennia to come.

Where to read the work

Right now, we are only beginning, and at the present moment translators are hard at work translating The Third Testament into other languages. A lot of it is now ready in English, Swedish, Spanish, German, Esperanto, French, Polish and many other languages. Please visit martinus.dk to see which parts of his work is available in which language. On the martinus.dk website you can also read large parts of the work for free online.

It is possible to get a foretaste from secondary literature, e.g. my books: Death Is an Illusion, The Beginning is Near, The Art of Attraction, The Downfall of Marriage, The Undiscovered Country and Key Life Lessons from Martinus, the Modern Mystic. All on Amazon.