Are We The Victims Of Our Parents’ DNA? 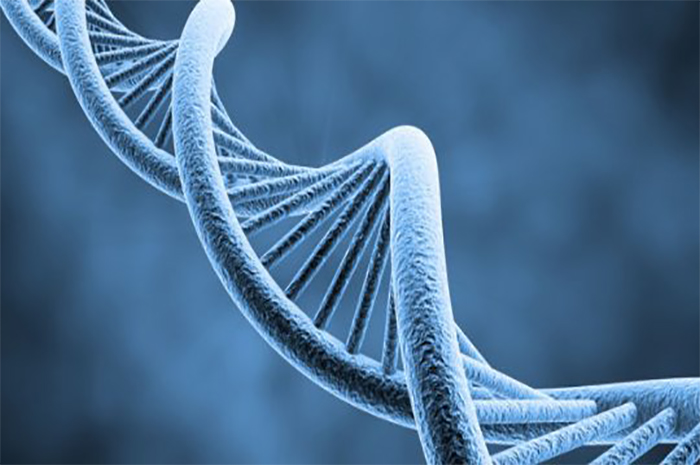 It was once believed that our DNA code was a thing ´carved in stone´ and that our DNA defined who we are. It was believed that we were the ´victims´ of the genes we carried from our parents. It was also believed that if we could map the human DNA, then we would be holding the key to understanding life. Hence, millions of dollars were spent on the Human Genome Project, and those of us who have a long memory may recall how Bill Clinton and Tony Blair came on the news in the summer of 2000 pronouncing that very soon, once we had mapped the human DNA, we would know how life was created. Bill Clinton announced: “It will be the most important, the most wondrous map ever produced by humankind” and “Today we are learning the language in which God created life”, and “It will revolutionize the diagnosis, prevention and treatment of most, if not all, human diseases” and “it will change the face of medicine forever”.

But alas – the big promises did not hold. There was a flaw in the basic presumption, and this flaw was only discovered after years of research. At the onset, it was believed that by mapping the human genome, scientists would be able to determine the origin of most human diseases.  The assumption was that all human characteristics could be traced to specific genes, and that one gene would give one effect. This was termed genetic determinism. It was expected that once all genes had been mapped, we would know everything about how a human being was composed.

This idea originated from the findings that some diseases are, indeed, traceable to single genes. This is the case of muscular dystrophy; here it is true that one gene leads to one disease. This monogenetic model led to the theory that the same ´mechanism´ would be valid for all diseases and for all characteristics of humans. It was believed that for each disease, there was one gene that was the responsible culprit.

However, when the preliminary result was published in 2001, only 25.000 – 30.000 genes had been found. That was way too few to account for the complexity of humans. A headline in the San Francisco Chronicle announced ““Genome Discovery Shocks Scientists”. Only 30.000 genes were found in the human genome where scientists had expected 100.000. Furthermore, and even more shocking, was the fact that we humans have only 300 specific genes distinguishing us from a mouse. Discussion focused on the shock, the surprise, the wonder of it all”.

Craig Venter, president of Celera, the corporate arm of the DNA sequencing effort, said: “This tells me that genes can’t possibly explain all of what makes us what we are” and Celera scientists said “it will be necessary to look elsewhere” and that there are some “regulatory elements at play that moderate gene transcription”.

So, the conclusion was that the genes alone do not hold the secret of life. They could not deliver the expected outcome. There was something else at play, because the genes alone could not even begin to explain the complexity of life.

The hunt was on

Therefore, the hunt was on for the ´regulatory elements´. What were they? Where? How?

Then the research field of epigenetics arose. Epigenetics is the study of changes in organisms caused by modification of gene expression rather than alteration of the genetic code itself. In other words, the scientists were looking for the element that could change the expression of the gene without changing the nucleotide sequence. The DNA sequence remained the same, but still the gene would express itself differently. This means that a gene is not a stable element, not ´carved in stone´, but something that can be changed by outer influences, meaning that non-genetic factors cause the organism’s genes to be either activated or silenced. These changes are called epigenetic changes and they modify how the gene behaves.

This means, put simply, that if you have a gene for ovarian cancer, this gene may not express itself in ovarian cancer. Outside factors (epigenetic factors) can influence the expression of the gene, so that it does not result in the cancer. Now obviously, it would be nice to know what that factor is. So far, scientists have been looking at outer factors such as food, medicine, chemicals and environmental influences, but what it actually is, is not well understood.

However, cell-biologist Bruce Lipton claims to have found the ´missing link´ in our consciousness or thoughts. In his ground-breaking book “The Biology of Belief” Lipton reveals that his research has shown that our genes and DNA do not control our biology, as had been the traditional assumption, but that the DNA is controlled by our beliefs. Lipton likens a gene to the keyboard on a piano that can be played in many different ways. He suggests that it is our beliefs, consciousness and thoughts that can modify the expression of the gene. This is a showdown with the traditional way of viewing the body as a bio-chemical machine in which we are victims of our genes. If we were ill and suffering from a hereditary disease, then we had just been unlucky and there was nothing we could do about it. But that is not true, says Lipton. We can do a lot; actually we can change the way our genes express themselves by changing our thoughts. We can change our biology with our thoughts. This has far-reaching consequences for our understanding of biology and it looks like the biology textbooks need to be rewritten.

Our thoughts and beliefs can change genetic expression

Let us look at an example: A well-known actress believed that she would get breast cancer, because her mother had it and had died from it. She firmly believed that the gene she carried would express breast cancer and that her life was at risk, so she decided to have her breasts removed surgically in order to avoid the cancer. Once her breasts had been removed, she was convinced that she could not get cancer and could therefore be sure to have avoided it.

If she had been aware of the latest research, she could have avoided the surgery, if, and this is an important point, she had been convinced that the cancer would not express itself. If she could view herself healthy, fit and strong, and never give cancer another thought, then the gene would ´hear´ this message and would produce health. The cancer would not be expressed, and she would be fit and healthy, despite the hereditary genetic load. The genes can simply be made ineffective by our beliefs.

Our thoughts are the most important factor in our health

Traditional cell-biologists are sceptical of Bruce Lipton´s postulate, but it is supported in a big way by Martinus, the Danish visionary and mystic. Martinus very clearly states in his book ´On Funerals´ that our thoughts are the most important factor in our health. What we think, we become.

Martinus explains it like this:  Our thoughts are small currents of electricity on very fine wavelengths. This means that when an individual is thinking, a current of fine electrical waves runs through the organism, making thinking identical to an ´electrification´ or ´magnetization´ of the organism. This electrification can be likened to a ´filling up´ of force or power. This force is identical to our life force. Thoughts and life force are the same. The ´electrification´ or ´power fill´ is released directly into the blood. In this way, the thinking becomes the most important factor in the creation of the blood. The quality of the blood depends on the nature and quality of the thinking.

Our thinking magnetizes the blood

As the blood is the basis for the creation, maintenance and wellbeing of the whole organism, the thinking becomes the highest manifestation factor of life. What a being thinks, it becomes. If a person has sick and abnormal thoughts, its organism will be magnetised in a sick and abnormal way, and this will result in a weak, unhealthy and tired organism. If, on the other hand, the person thinks happy, healthy and positive thoughts, this will result in an organism that expresses the highest form of well-being.

This may sound simple and in a way, it is, but the importance of the type of thinking a person practices has not been well understood. Or put in another way: medical science does not seem to have found the connection between the quality of the thoughts and physical health.

However, it has been known for a long time that there is an unknown factor at play. A lot of research has been carried out on the placebo effect. A placebo is anything that seems to be a ´real´ treatment, but isn´t. Put simply, the placebo effect expresses itself when e.g. a chalk pill with no active ingredient is administered to a patient.  In around 50% of the cases, the effect of the placebo ´medicine´ is as effective as the real medicine. When a patient is given a chalk pill to relieve his headache, the headache will disappear in around 50% of the cases. And if the chalk pill is administered by an experienced doctor in a white jacket, to whom the patient attributes a lot of authority, then the ´pill´ works even better.

Thousands of double blind tests have been carried out on the placebo effect, and even though it is clear that the placebo effect is real and irrefutable, it is not well understood what exactly causes the effect.

Our thoughts overrule our genes

Maybe it has not been well understood, because it is so simple: our thoughts are the most important factor in our health, as Martinus says. Our thoughts overrule our genes. What we think we become, because our thoughts define the quality of the magnetization of our blood. If our blood is magnetized positively, we will experience good health, and if it is magnetized negatively, we will experience poor health. This ´mechanism´ is so fine-tuned, that just the smallest negative thought will have a small detrimental effect on our health or well-being. If a small amount of negative magnetization will have a negative effect, then imagine what havoc and destruction an attack of anger or fear will have. These negative thought complexes can create all sorts of illnesses from heart attacks to cancer.

As our thoughts play such an important role in our bodily health, it is a very good idea to avoid any type of negative thinking. So, keep those thoughts positive, and strive to be optimistic, happy and humorous. The best and easiest way to do so is to live in gratitude. Start each day with a bout of gratitude for all the good things you have in your life. When you live in gratitude, you will not only attract more things to be grateful for, but you will magnetize your blood positively and create perfect health.