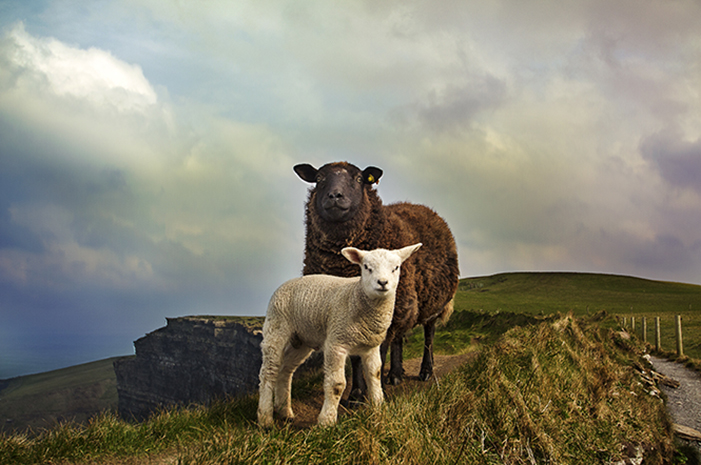 Carnism is a relatively new concept in line with vegetarianism and veganism. Carnism points out that eating meat is a conscious choice, just as it is a choice not to eat meat. Today many, many people eat meat by default and have not really considered it as a choice. We have been conditioned to believe that we need the protein from the flesh of other living beings to survive, and many of us have never questioned that belief. As children, we were served chicken, hamburgers and sausages without ever making the connection between this type of food and taking the life of another living being. Or, if we did visit a farm and saw the pigs that we would later eat as spare ribs, chops or patés, we were told that it was natural for us to eat those animals, that we had always done it and that they were not conscious beings with feelings and a right to live. We were never told that to those animals their lives meant as much as ours meant to us. In Denmark, in particular, (where I grew up) we were told how clever we Danes were at producing pigs and just see how Danish bacon is in demand all over the world. We are clever and proficient and we make a lot of money from this export. This was not something that we should question in any way. It was a natural fact of life.

Eating meat is unhealthy because of its high vibration

Martinus, the Danish visionary, was very adamant about how eating meat was bad for us, and all his life he strongly advocated eating a plant based diet. Eating meat was bad because it was very unhealthy, as you were putting substances from dead bodies into your own digestive system, thus putting an unnecessary strain on it, as meat is very difficult to digest. When we eat meat, we introduce a substance into our body whose vibration is very high – as high as the vibration of our own body. When this high vibration is introduced into our body, the body enters a state of shock because it is asked to overpower a substance whose vibration is on line with its own. In the long run this daily strain will undermine the health of the body, and according to Martinus eating meat is the direct cause of most common illnesses such as heart disease, circulatory diseases, diabetes, digestive diseases, cancers, boils and rheumatism.

Furthermore, the eating of meat involves taking the life of another living being. A meat eater is participating in killing. This killing energy will sooner or later return to the meat eater as karma, because we reap as we sow. And because the animals we eat are never allowed to live a full life, but are killed as soon as they have become fat enough, this to them is an unexpected, surprising death. To the meat eater the karma will come as an equally surprising, unexpected death. This could be a traffic accident or any other accident, something that is completely unexpected. Eating meat leaves you unprotected from accidents and is a very, very doubtful choice with respect to your own fate. What you do to others, you do to yourself, and these others are not only other human beings, but all other living beings. All life must be respected. All living beings have a right to live, and depriving them of this right will affect us one way or another.

I am absolutely convinced that had Martinus lived today (he died in 1981) he would have smiled and clapped his hands at the emergence of the carnism movement. Finally, he would have thought. Because the carnism movement points out that eating meat is a choice and something that we should be conscious about. But not only that: carnism points out the absurd distinction society is operating with, when it thinks that it is ok to eat pigs, cows and chickens and not dogs, cats and rats. There is a distinction somewhere that has never been defined. Why is it OK to eat a pig and not a border collie? The pig is as intelligent and sentient as the collie, it has feelings and hormones, it can be happy and sad just as the collie. So why eat the pig and not the dog? Somebody has to come up with a really good answer here.

Our need for protein has been highly overrated

No, we cannot go on with this bloodbath, where every minute around the clock 124.000 animals are slaughtered globally. It is not ethical, it is not humane and it is certainly not necessary. It makes us look like a primitive, senseless, headless race of killers. Martinus very clearly points out that the more evolved people of the future will look with horror, disgust and pity at the way we are treating animals today. It is a daily bloodbath and all those who eat meat are responsible for it.
But is it really true that we do not need the protein of animals to survive? Yes, it is! It is a myth and old superstition that we need the protein from the bodies of other living beings to survive. Our need for protein has been hugely overestimated, as we only need between 30-40 gr. of protein per day, and this can easily be covered through a plant-based diet. There is no scientific basis whatsoever for the consumption of meat. None.

Meat production is very bad for the environment

It is unnecessary, unethical, inhumane, detrimental to our health and also to the environment. The impact of meat production on the climate is much bigger than has previously been known, as the emissions of especially cows are very detrimental to the atmosphere. The production of meat pollutes more than the whole transport sector.
There is no valid excuse for eating meat. And raising the awareness of the absurdity of eating meat is one of our biggest challenges.