Luck is a concept that many people are curious about, because why are some people lucky and some unlucky?

In a cosmic sense there is no such ´thing´ as luck. The concept of luck implies a certain amount of chance happenings or random occurrences.

But, in this awesome universe, nothing happens by chance. As in absolutely nothing!

The universe is ruled by eternal laws and these laws are always at work and they never fail. These laws have been created by somebody, because no law comes into existence on its own. There is always an intelligent creator behind a law.

The creator of the universal laws is God, or the Creator or the Absolute, or the Infinite Wisdom or Allah or Brahma or whatever we want to call him/her.

The laws work like clockwork and they never cease to function. They work 24/7 and they are totally reliable. How could we build anything (a house, a skyscraper, an aeroplane, a bridge, a ship etc.) if we could not rely on the natural laws that we know from the Earth plane?

In the Bible we can read that “a speck of dust cannot fall to the ground without it being the will of God”.

This is somewhat cryptic, but it simply expresses that the laws that rule the universe have been created by God and thus they are God´s will.

Jesus very cleverly referred to the strictness of these laws when he said: “even the hairs on your head are numbered”.

This is a brilliant metaphor for the extreme accuracy of the universal laws.

Where does this leave luck then?

The concept of luck has been invented over many millennia because it was obvious that some people were “luckier” than others. Some had all the good things in life and  were successful and happy, and some were often hit by accidents and misfortunes.

And with no insight into the awesome workings of the universal laws and especially the law of karma, the concept of luck found its way into our mindset and vocabulary and it stayed there. But luck as such is a human invention. It does not exist in a cosmic sense.

We reap as we sow

In order to understand the level of happiness (“luck”) and unhappiness (“unluck”) that people have, we have to look at the law of karma which is another eternal universal law that rules our fate.

A much better phrase for “luck” would be karmic tailwind, because that is what it is. I have written extensively about the law of karma and by now it should have become clear to my readers that what you do to others, you eventually do to yourself. When you are kind, helpful, friendly, benevolent, considerate, warm-hearted, charitable, humane, compassionate and loving, you will reap those aspects of life, and in your everyday life you will be met with the above-mentioned attitudes towards you. Some people will then say that you are “lucky”.

But it is all a result of your own sowing. There is nothing random about it. You sent it out into the universe via your kind and loving attitude and now you reap it. You did this to yourself and now you can be happy about what you sowed.

And likewise, a much better phrase for “unluck” would be karmic headwind. Karmic headwind is not pleasant. You struggle against the wind and it prevents you from getting anywhere. You are not at peace and suddenly a gust of wind throws you off your feet, you land in the gutter full of bruises and a broken arm.

Also the headwind is your own doing, a result of your own sowing and treatment of your fellow living beings. Not only humans but also animals!

So, when you are angry, dissatisfied and offended, when you shout and curse at others, when you cheat, steal, lie, hurt, harm and wound others, literally or verbally, when you are miserly and greedy, when you treat others with disrespect, intolerance and denigration, when you shoot and kill other living beings, then you sow a very dark karma for yourself. You do because those actions will come back to you as your fate. Some people will then say that you were “unlucky”. But again, it was your own doing, a result of your own sowing.

Most people think that karma is a punishment, but it is far from that. It is a loving instruction, a lesson with the object of teaching us how not to behave and expanding our range of experience. Karma is the pedagogic tool of the universe and without it we would never learn from our mistakes. If we did not learn from our mistakes, how could we evolve towards becoming real, finished human beings that cannot hurt, harm and kill?

But can´t we just learn by reading about the law of karma? Yes, we can, when we are evolved enough. But for many people words don´t teach, and when we won’t listen, there is only the hard way left to teach us: by feeling in our own body what we once did to others. When we suffer and feel pain, when we cry our hearts out for the harsh fate that we have, when we regret and feel remorse, then we learn.

A wise, compassionate and forgiving person has experienced a lot of sufferings and thus reached insight, forgiveness, enlightenment and the ability to express universal love. There is no other way.

It is our obligation as humans to learn about the law of karma. We simply have to learn to treat other living beings in the same way as we would like to be treated ourselves. If we do not learn it now, when we read about it, there is only the hard way left: feeling in our own bodies what it feels like to be treated the way we once treated others.

I recommend that we all take the karmic challenge and only treat others how we would like to be treated by others.

It is a huge challenge, but we all have to learn it. It may take some time, but with practice we can do it.  And we can forget about luck. It does not exist.

As learning about how the law of karma works is the main way-post on our exit route from misery and suffering, it is simply of paramount importance that we learn how it works.

I must therefore, once again, invite you to read the book I wrote with Maria McMahon titled: Fate and Karma in a Nutshell. How to understand your fate and change it for the better.

Here is a link to it in English: https://www.amazon.com/Fate-Karma-Nutshell-understand-Spiritual-ebook/dp/B084G6Y9HD 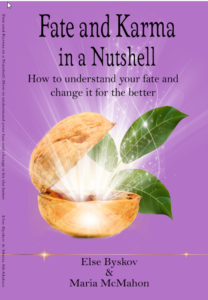 And a link to it in Danish: 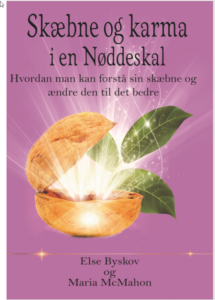