What Is (the) Matter 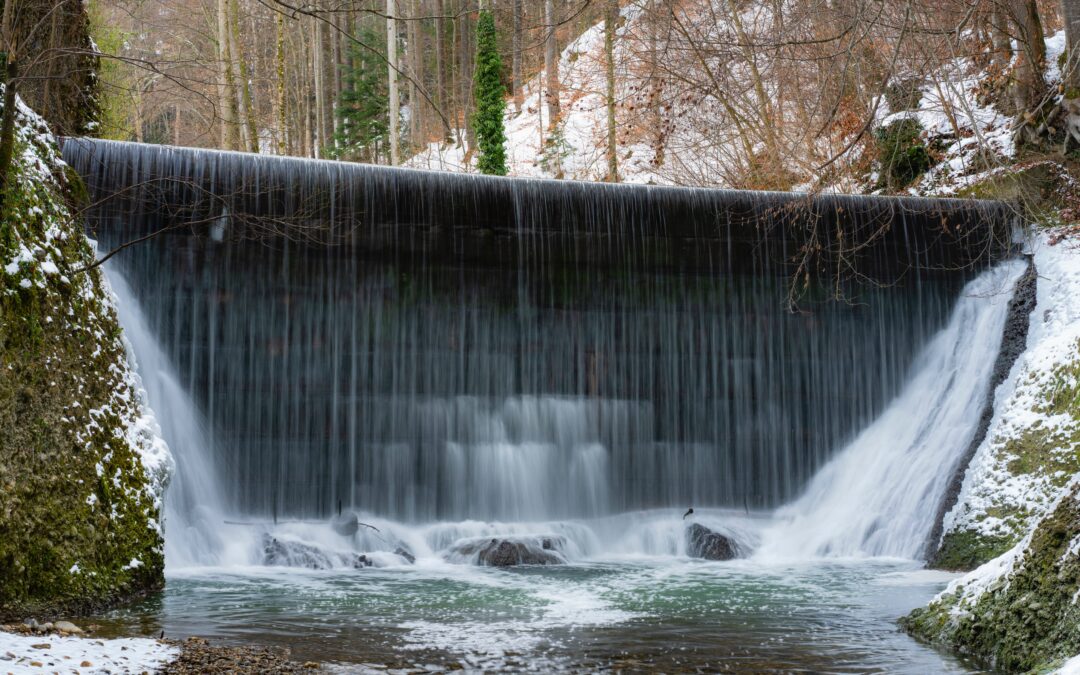 What is (the) Matter?

In this post I would like to explore the question of matter. This is a very important question, because until we know the various states of matter, we will have no clear concept of the world and what it consists of.

The States of Matter

This is what the science of physics tells us: all physical matter has 3 stages: The solid stage, the fluid stage and the vaporous stage. We know these stages from the way water can appear:

Water can appear in the solid state when it is frozen. It is then hard as rock and we can walk on it and even hurt ourselves, if we fall on it.

Water can also appear in the fluid state. This is when the water is liquid. We can then drink it, swim in it and sail on it. Most water on the planet is in the liquid state.

Water can also appear in the vaporous state. We know that, if we forget the kettle on the stove, the water will disappear. After the water has been boiling for some time, the kettle is empty, and all the water has entered into the vaporous state. We can see it in the air as a type of cloud or vapor. This process of vaporization of water takes place all the time on the surface of the planet when the Sun heats the surface of the seas and clouds are formed. When the clouds are cooled, the vapor condenses and becomes water again. This water then falls to the ground in the shape of rain.

We all know this, but we may not have wondered about how special it is that the same type of matter can manifest in 3 different ways. This is not only valid for water but for all types of matter. All types of matter have these 3 states that it can manifest in. Even rocks can become liquid (running lava) and can evaporate. It is the temperature that decides which state the matter is in.  Heat will make the matter fluid and eventually vaporous and cold will make the matter solid. The point when a type of matter goes solid varies in all types of matter. For water the freezing point is 0 degrees Celsius and the point when it goes vaporous (the boiling point) is 100 degrees Celsius.

The Fourth State of Matter

We make use of ray-formed matter every day when we listen to the radio, watch television, talk in our cell phones, roam cordlessly on the Internet, heat our food in the microwave oven or get our bodies X rayed. There are many more uses for this type of matter, however. Ray-formed matter has a huge range of uses and as these are well known and very useful to our daily lives, there is no point in claiming that invisible matter does not exist.

The Four States of Matter in Our Body

An Energy Field that Holds Information

There can be no understanding of who we are until we take the information present in our consciousness / aura into account, because how can we explain all the things we are, all the things we are good at from birth, all our talents and all our automatic functions such as digestion, breathing, heartbeat if we do not have a place where all this information is stored? The characteristic of ray-formed matter is that it is energy that can hold information. Around our body we have this huge field of information that is, at the same time, a field of energy. It is this energy that makes our heartbeat, our blood flow, that enables us to breathe, move our limbs, to walk, talk, laugh, cry and smile. Without our field of energy, we could not move at all. And, when the field of energy leaves the physical body during the process, we call death, the body can no longer do anything. It lies there as an inert lump of matter and it is, because it has lost its field of energy.

When the field of energy (holding our consciousness) leaves the physical body, which will now quickly start to dissolve because it was the field that held it together, it does not cease to exist. The field of energy cannot dissolve or disappear because one characteristic of energy is that it cannot cease to exist. The field moves on to the spiritual plane and it is the law of attraction that sees to it, where it goes. The field operates on a specific wavelength and it will be attracted to a wavelength in the non-physical world that is similar to its own.

Once we realize that our consciousness with all the accumulated information gathered over previous lives consists of a field of ray-formed matter and that this field of energy survives the death of the physical body, then we can explain the enigmas that science is struggling with: Where is the constant of our physical body, when all our cells are replaced after approximately one year; how can the two ignorant sex cells create a new body, consisting of trillions of cells organized in the most logical and well-functioning way; where does consciousness come from; and where do our talents come from when they are not identical to those of our parents?

In our book ´Reincarnation in a Nutshell´ Maria McMahon and I answer all these questions in a completely logical way. So, if you want to know why reincarnation is a fundamental and essential prerequisite for life, then we invite you to read it – and decide for yourself if reincarnation is real.

Leave a Reply to Kaye A Peters Cancel reply