Where does the scientist turn in times of need? 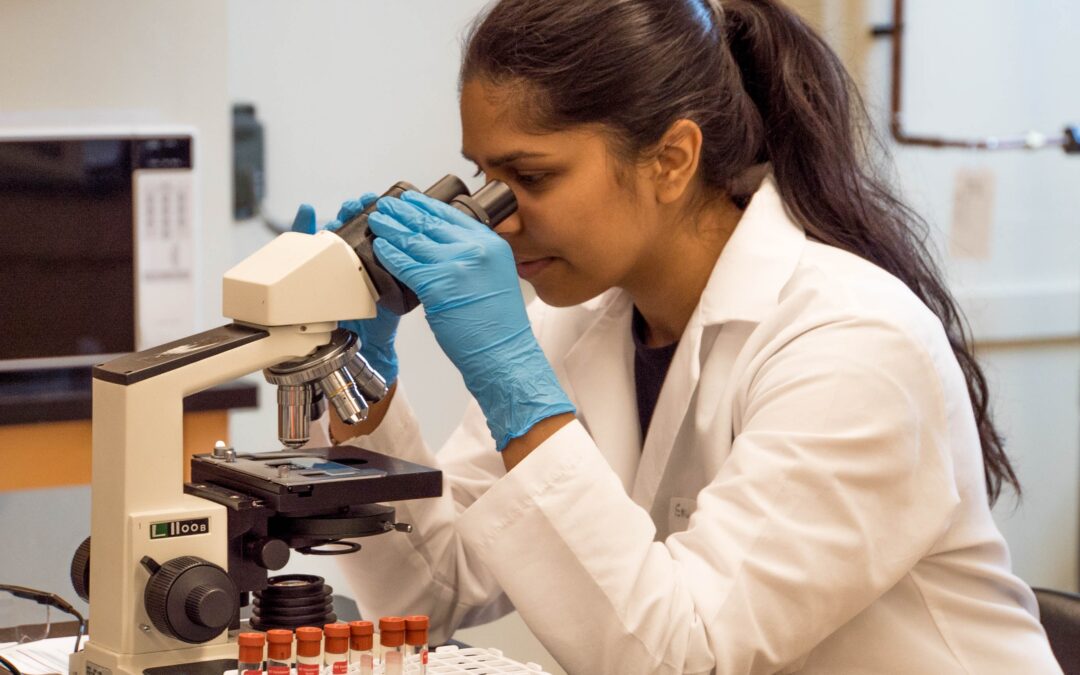 Where does the scientist turn in times of need?

Materialistic science has had enormous success ever since it was established a few centuries ago. It has brought us amazing progress in so many areas: communication, transport, technology, education, medical science, general knowledge, understanding of nature and much more – it has given us progress in all areas of life.

This success has made many people believe that science can and will come up with all answers to all questions that we humans have. I can also put it like this: many people have been blinded by the light of science. The light of science does, indeed, shine very brightly, but it also has shortcomings.

And what can those shortcomings be? Basically the biggest one is that materialistic science only studies what can be seen, measured and weighed. In other words, it only studies physical matter. And not only that, it refuses to acknowledge the existence of another type of matter: spiritual matter.

Our thoughts consist of small bundles of energy or spiritual matter. So, when a scientist uses his brain and consciousness to investigate and do research, he uses spiritual matter. At the same time he may happily deny the existence of this type of matter even though it enables him to think, ponder and investigate. This is comparable to  the swimmer who denies the existence of the water he is swimming in.

The materialistic scientist will claim that only physical matter exists, and he will look for the solution to the mystery of life in physical matter. But he will never find it there, because it is NOT where it is hiding. It is the same as digging into a dead body to find the soul. The soul, the solution to the mystery of life and the meaning of life cannot be found by studying physical matter. We have to move up to the level of thought and consciousness to find answers to the big questions. This reminds me of the well-known quote by the famous physicist Werner Heisenberg: “The first sip from the glass of natural sciences will turn you into an atheist, but at the bottom of the glass God is waiting for you”.

How come God is waiting at the bottom of the glass?

Now, why is that? Why is God waiting at the bottom of the glass? He is, because the more we dig into physical matter, the more do we marvel. Physical matter reveals a complex structure with so many logical ramifications and intelligent solutions that in the end, even the most hard-core materialistic scientist has to admit that the mystery of this logical  complexity cannot be explained on the basis of chance occurrences, random mutations and natural selection. It is simply too intelligent. The conclusion has to be that there is an intelligent creator behind the existence of the physical world. Look at our planet: in the natural world everything is recycled and reused. The leaves fall from the trees to the ground where they are later absorbed by plants to fuel a new cycle. The air we exhale contains CO2 that is used by plants to create oxygen that we can breathe in and send into our blood stream to feed the billions of cells that live there. Could chance really have come up with this ingenious system of recycling? Is this way of thinking not comparable to the idea that a tornado can blow through a scrap-yard and assemble a jumbo jet?

The point here is that there is more to the world than meets the eye. There is spiritual matter and consciousness. There is intelligence, logic and love. None of these things are physical.

Where does the unhappy scientist turn?

But let me finally come to the subject of the materialist scientist: where does he go when his world collapses? When his children are addicted to drugs, alcohol or gambling, when his wife cheats on him, when his own health deteriorates and when he finds himself alone in the world? All he has to turn to is a book about chemistry and physics, or maybe a book about how to assemble a jumbo jet. Will those books give him consolation? Will they bring comfort to his aching soul? Will they reveal the mystery of life? Well, no, because they were not meant to do that. They were not meant to convey food for the soul, because they only deal with physical matter.

This means that the scientist is left alone with nowhere to turn. Unless, of course, he sees what Heisenberg saw at the bottom of the glass: a higher being, the possibility for a meaning somewhere, a meaning for his suffering and even a way to give him consolation and comfort.

In the old days people turned to religion, but to many modern people the idea of dogmatic religion feels outdated, and they have no impetus to attend a church service. Their intelligence stands in the way. They cannot turn to a belief system that is illogical and does not appeal to their intellect. They need a holistic, comprehensive philosophy that comprises both the physical and the spiritual levels of existence. They need a logical explanation to what life is all about, why we are here, where we are coming from and where we are going.

Most people think that such a comprehensive explanation to the mystery of life does not exist. But it does. It is not very well know yet, because it was written in Danish between 1931 and 1981. It is the spiritual science of Martinus. When he was 30, Martinus experienced an expansion of his consciousness that enabled him to look into the spiritual world, where everything has its origin. Martinus had achieved cosmic consciousness and he had the energy of intuition at the command of his will. Whenever he turned his thoughts to a specific question, the answer came to him immediately. There was no question, he could not answer. It is on the basis of this insight that Martinus was able to write his work: 10.000 pages of spiritual wisdom. His main work is called “Livets Bog” (the Book of Life) and it comprises 7 volumes and 3000 pages. Apart from that he wrote “The Eternal Wold Picture” in 6 volumes plus 33 other titles and over 200 articles. His work is a cornucopia of spiritual insight and it is to become a basis for a merger of science and spirituality. In order to come to conclusive answers to the big questions, science has to include spirituality – it has to look beyond physical matter to come up with final and lasting answers. It has to look at the level where everything has its origin: the thought or consciousness level. Martinus calls his work spiritual science or The Third Testament. It is not, however, a basis for a new religion because it is not an object of faith. It is an object of study.

I am Danish and I have studied Martinus´ work for 25 years now. I am beyond enthusiastic about it. It answers all the big questions and then some… it is impossible to exaggerate the importance of Martinus´ work. So, that is where the unhappy scientist can turn when he is down and out, when he is deeply unhappy and can see no meaning and comfort anywhere. The meaning is there, he just has to look for it in the right place: in spiritual science.

Please visit my website: newspiritualscience.com where you can learn more about Martinus and see the 7 books in English I have written to date about his work. You can also visit the website of the Martinus Institute in Copenhagen: martinus.dk   The website is in 20 plus languages and large parts of Martinus´ work can be read online. It provides a vast wealth of nourishment for those seeking spiritual wisdom. Enjoy!