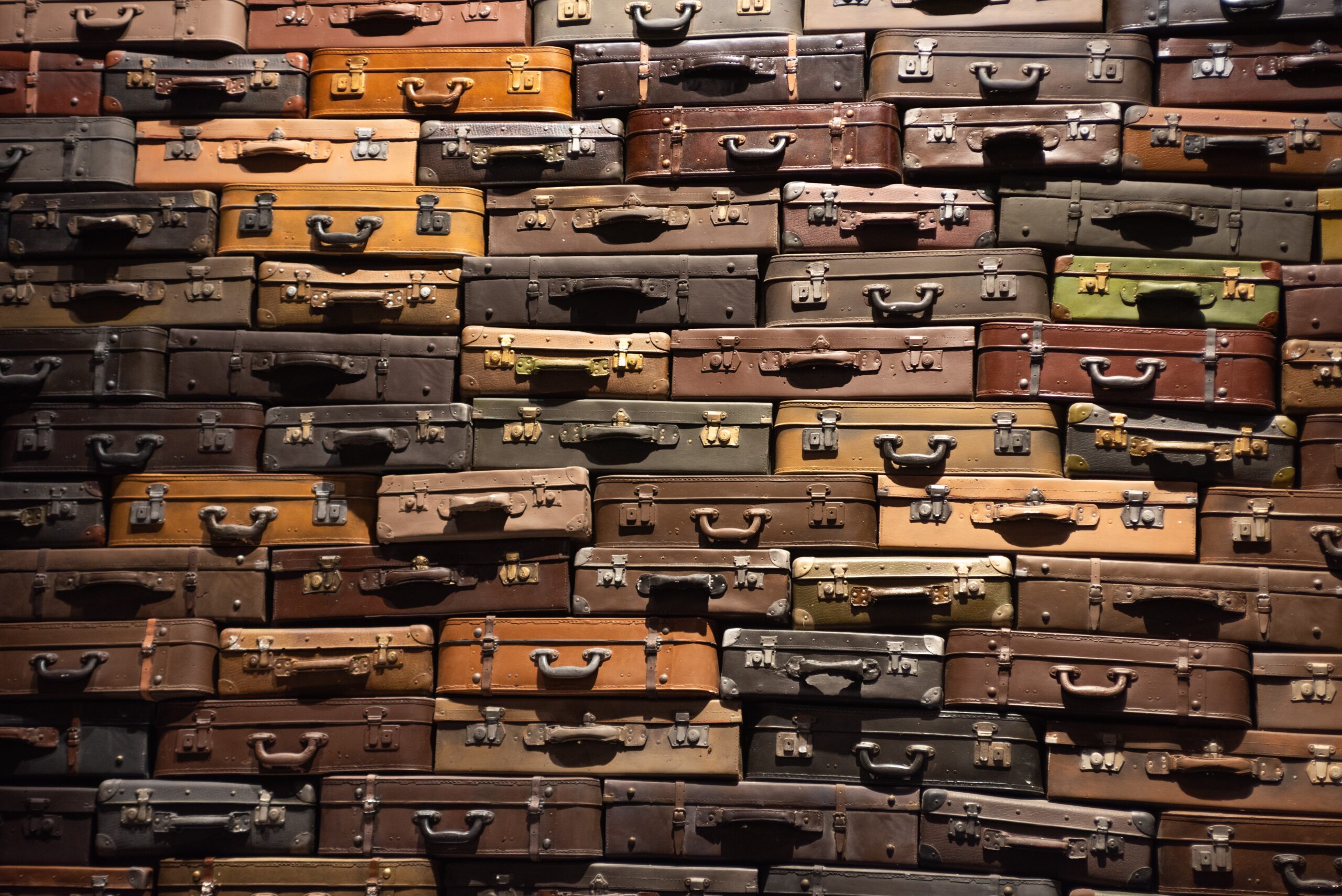 A lot of people refuse to believe in past lives because they say: if I have lived before, why can´t I remember? Let me address this question.

Children that remember past lives

First of all it should be mentioned that a lot of children DO remember their past lives. Professor Ian Stevenson from the University of Virginia, Charlottesville, researched cases of children who remembered past lives as identifiable persons, and during the 50 years of his research he found around 3000 cases of such children. He published his work in the book: “Twenty cases suggestive of reincarnation” in 1966, and after his death in 2007 his work has been continued by Jim Tucker also working at the University of Virginia, Charlottesville.

A common trait in these cases is that the child had died under violent circumstances in its past life. It seems that the memories of those dramatic or traumatizing events surrounding the death of the child in its previous life spill over into its next incarnation and the child wants to share them. At the age of about three (or when s/he has learned to speak) the child begins to talk about its last life and make claims about events that took place in that life. These claims will, of course, be viewed with astonishment and wonder by its present parents, but due to the exact knowledge the child can present about its previous life the parents will usually end up accepting that their child was somebody else´s child in a past life.

I would like to present such a case from my book: Death is an Illusion: “One of the best examples of this is probably the case of Ashok Kumar / Ravi Shankar. Ashok Kumar was the son of Sri Jageshwar Prasad and at the age of six he was brutally murdered by two men who slit his throat with a knife or a razor. A few years after the murder, a boy was born to parents not far away from the town where Ashok Kumar lived. The boy was named Ravi Shankar and when he learned to speak he claimed to be the son of Sri Jageshwar Prasad, although he did not know this man. He could give details of the murder of Ashok Kumar and could even identify the murderers. I quote: “Ravi Shankar’s mother testified that the boy had a linear mark resembling closely the scar of a long knife wound across the neck. She said she first noticed this mark when he was three to four months old. The mark was apparently congenital”.

Not only did Ravi Shankar remember his past life as Ashok Kumar and could identify his murderers, but his body exhibited a scar that fit the way Ashok was murdered. These scars from injuries from one´s last life are not uncommon and Ian Stevenson wrote a book in which he presents such cases. The title is: “Where reincarnation and Biology Intersect.” The cases presented in the book are a very interesting read and they are solid proof of reincarnation.

Who were you when you were big?

Only a few days ago I saw a post on Facebook in which a mother from New York, much to her great consternation, recounted how her son claimed to have been a firefighter and had died in one of the Twin Towers during the 9/11 attack of 2001. The child could recount details of his death that he had no way of knowing had he not experienced them. He told how he had been unable to escape from the building and how he died in the fire.

The memories that the children have will normally begin to fade around the age of six. The child then gets a better ´foothold´ of its new incarnation and begins to concentrate on what its current life has to offer. Most children will have completely forgotten their past life memories when they enter adolescence.

It is my experience that you can ask any three-year-old: “Who were you when you were big?” and you will get an interesting answer. The child will stop, listen and think and will say things like: I was a hunter, I was drowned in the sea, I fought in the war, I was a housewife etc. Most children are happy to be recognized as mature beings with experiences behind them, and not `just´ as children with a ´tabula rasa ´and no past.

Our memories from past lives are stored in our supra-consciousness

However, adults can also access their memories from past lives via hypnosis or trance. It is not as if the memories from past lives have been deleted in each new incarnation, it is just that they are not active, day-conscious memories. Our past-life memories are stored in our supra-consciousness and it is possible to access them. This can be done via hypnosis or trance and this has been proved in thousands of cases of regression therapy.

Regression therapy is a very powerful and efficient therapeutic tool that has helped thousands of patients get rid of life-impeding traumas, both mental and physical, inflicted on them in former lives. An example could be a man who all his life had suffered from a strong pain in this right side. The pain was there every day and prevented the man from living a normal life. He sought help from a regression therapist, who put him ´under´ and asked him to go back to the time when the pain originated. He then saw himself during WW1 being stabbed by a bayonet at the hands of a French soldier. During the regression session, the man relived the pain and suffering of his death from the wound. When he came out of hypnosis, he already felt that the pain in his side had eased and after a few days, the pain had completely gone, never to return again.

Regression therapy is a very powerful way to get rid of past-life traumas and it clearly shows that our memories from past lives can be accessed via hypnosis. The memories are there, only not as active, day-conscious ones.

The majority does not remember

Most of us have no active, day-conscious memories of our past lives, so let us look at why that is: Martinus says that when we reincarnate we are not supposed to remember our past lives because such memories would be confusing and detrimental to our project in our current incarnation.

When we reincarnate we do so with a specific purpose. There are aspects from our past lives that we need to correct and improve, and there are things that we have to learn, or maybe we are on a mission of some kind to teach or empower others. If we are burdened with active memories of past lives, of past mistakes or past sufferings, then we will be confused and we may lose our bearings. Also, because we have a huge number of past lives behind us, which life should we remember? A lot of memories from past lives would not be to our advantage for our present life projects.

However, Martinus says that it is not the question of active memories that we should be concerned with, because all our past lives are with us in each new incarnation in the shape of the person we have become.

As explained in several of my books, we are all on a journey of evolution from primitive to advanced beings. We have come a long way on this journey whose goal is for us to become real, finished human beings that cannot hurt, harm, maim, or kill, and that can only emanate universal love. However, we are not there yet. We still have some distance to cover as long as we can lie, steal, cheat, hurt, injure, denigrate others, or show intolerance towards them and participate in killing, which we do when we still eat meat.

But life itself will correct these unfinished sides to our personality via our karma and we will all, without exception, reach the goal one day. Everybody will reach that goal, no matter where they stand today on the ladder of evolution.

It is our consciousness / soul / spirit that survives the death of our physical body and for each life we live, we learn a lot of lessons and add to our experience ´bank´. This ´bank´ is stored in our supraconsciousness and it accompanies us from life to life. We can access the contents of this ´bank´ every time we have to make a decision, because we can draw on the lesson learned from our former experiences. If we already have an experience from a similar situation in our ´bank´, then we will immediately know what to do. For each life we live, our ´bank account´ gets fatter and fatter. It does so because we add lessons and learnings and in that way we become wiser and more insightful for each life we live.

The person we are today has been shaped via our experiences and sufferings in former lives. I can also put it like this: we ARE our past lives.

There is no need to remember our past lives, because the person we are today is the essence of all those lives. This is easy to see when we look at the people around us. Some are wise, mature, and ethical. They are always ready to help others, because in their superconsciousness they retain an echo of what it is like to suffer. It is our own sufferings in former lives that make us into compassionate, all-loving humans beings. Such a being has come a long way on its evolutionary journey and the goal of becoming a real, finished human being is within sight.

On  the other hand, we also meet people who do not care one jot about other beings. They manifest intolerance and even hatred towards others, they think they have a right to shoot and kill others, if they feel like it, and they will carry guns and threaten others. They think they have a right to kill animals, and they are often racist, prejudiced, and malevolent. They have not come all that far on their evolutionary journey and the goal is still not in sight. But they will also reach the goal one day.

So, whether we remember our past lives or not, those lives are always with us in each new incarnation, and our level of humanitarianism and love for others is the ‘barometer’ on which we can gauge how far we have come

To read more about reincarnation and find out how it takes place please click here: https://www.amazon.com/Reincarnation-Nutshell-real-Spiritualnutshell-Book-ebook/dp/B07MNT3DX8 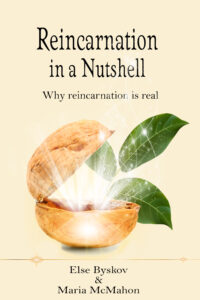