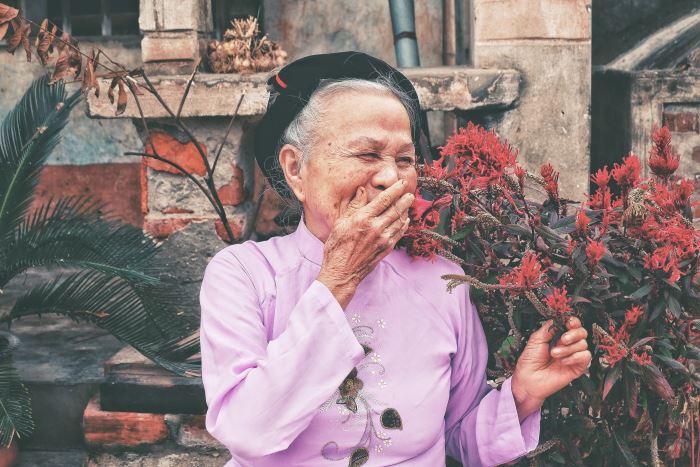 When we look at the world today many people get depressed and anxious. Things do not look too good with wars, pollution, climate change, terrorist attacks, political unrest, hacker attacks, cold war etc. This has led many to think that the population of the world will soon autodestruct and in a few hundred years there will be no humans left on the planet. This way of looking at the world is shared by many today and it is far from optimistic or uplifting. In fact, it is depressing and sad.

In stark contrast to this pessimistic world view we have the world view of Martinus, which is deeply optimistic. What, you may now ask, does Martinus base his optimism on? How can he have such a bright outlook for the future? He can because he had cosmic consciousness. With his amazing intuitive abilities, he was able to see beyond the physical plane and into the spiritual plane where everything has its origin. He knew the eternal laws of life, and when you know how the laws work, it is not difficult to predict how things will develop. Martinus could ´simply ´ see where the world is going and what he saw is very uplifting. A wonderful future is awaiting us, and this is how:

Out with the one-life theory

First of all, we have to get rid of the one-life theory. Today the mainstream narrative in the western world dictates that we only live once and that our consciousness is extinguished when we die. But that theory has never been proved and it never will, because we do not only live once. We are eternal beings on a never-ending journey through physical and spiritual realms, and our primary existence is in spiritual matter.  We are primarily spiritual beings. We are NOT identical to our physical body and when the body has become worn through accidents, injuries or old age, we pull our spirit out and live on in our spirit body until it is time for us to reincarnate again.

Secondly, we have to become knowledgeable about the law of karma. The law of karma decrees that we reap as we sow. Nothing happens by chance and if bad things happen to us, they are a result of things or acts that we ourselves have sown in this or a former life. A very fine justice rules the universe, and nobody can become the victim of something which he has not caused himself.

For each life we live, we become a better version of ourselves

Now why are these two views important for the future? They are because due to reincarnation and the law of karma we are all on our way to becoming empathetic, compassionate and all-loving beings. It works like this: whatever we have sown in this or previous lives will come back to us. If we have sown aggression, murders, disrespect for others, if we have stolen and lied, then all of this will come back to our own life as fate. When this unpleasant karma hits us, then we will suffer. It is through our sufferings that we will develop compassion and empathy for others. It is also through our sufferings that we learn to change our behaviour and become more moral. Our sufferings will have an ennobling effect on our psyche and because everything we have learned is stored in our fate element, we take our accumulated knowledge with us into our next life. For each life we live, we become a better, wiser, nobler and more moral version of ourselves

The reaping of experience

A soldier who has been to war and suffered the most appalling conditions at the front with frost, starvation, bullets and excruciating pain will in his next incarnation be totally against war. He will be a pacifist. We are all shaped via our experiences in former lives and for each life we live, we move one step closer to becoming a real, compassionate human being. In this way, even the angry terrorist will one day become a pacifist.

A peaceful and beautiful world

It is clear that a world where each and every one of us is on the way towards becoming a real human being will eventually become a very peaceful and beautiful world. Martinus says that in 500 years the last war will have been fought on this planet and in less than 3000 years a kingdom of real, compassionate, all-loving humans will become a reality here.

Martinus was able to see this development, and when we look at the planet today we can see a lot of signs that we are going in that direction. More and more people are turnings their backs on war and violence, on cruelty to animals and disrespect for how they are treated. Vegetarianism is rising like never before. Green ways to produce energy are developed and invented all the time. Each day for the last 25 years 135.000 people have been pushed out of poverty – that equals 1 ¼ billion people.  More and more people are becoming aware that we must take care of each other and stop being selfish and greedy; that we must take care of the planet, stop throwing plastic into the oceans, stop throwing food away, stop eating meat and stop releasing so much carbon dioxide into the atmosphere. The trend is clear, and it is growing, but we still have some way to go. But not to worry.

Things are under control here because we do not live on a dead lump of solid matter but on a living, breathing and conscious planet. The planet is a living being and it has the final say about what happens here. It has an I just like all other living beings and this I is in charge here. The Earth is a very highly evolved living beings, one of the most evolved planets in this part of the galaxy, and it is on its way to getting cosmic consciousness itself. We, the humans, are the equivalent to its brain cell, so we are very important to the planet. We are NOT a nuisance to it and we are NOT in the process of destroying it. We can see how new trends suddenly arise and they do because the I of the Earth incites them.

When we think we run the climate here, this idea is the equivalent to 100 fleas on our body thinking that they decide the temperature of our body. Of course, they don´t. Our I does. Just as our I is the supreme ruler in our body so is the I of the Earth the supreme ruler of the planet. The Earth is in control here and it knows what it is doing. A universal principle of protection is at work all over the universe, and the Earth will protect us from ourselves, so to speak. There is no way that we can destroy the planet or ruin the climate. It is totally out of our hands.

We are irrefutably on our way towards a wonderful, bright, peaceful future and there is nothing to worry about. If you do not sow war, you cannot reap it. But as long as you sow war, you can still reap it, so don´t.

All we have to do to become optimistic about the future is to see the bigger picture and to read Martinus´ work. I cannot underline this point enough: read, read, read. There is nothing more important than to become knowledgeable about this magnificent, logical and loving world view. www.martinus.dk

For an easy start you can read my books which you can find on my website: newspiritualscience.com