How To Create A Happy Fate 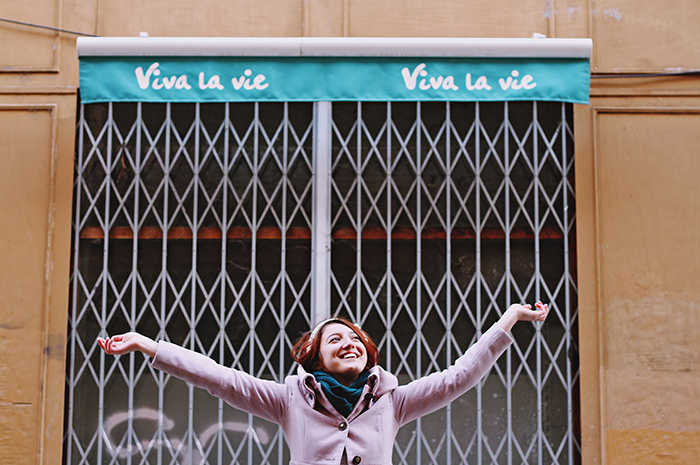 To most people their fate is a big mystery. They do not understand why some people live happy, prosperous lives and why some live in poverty and misery. Fate seems to be such a mystery and yet it really is not. Our fate is governed by eternal laws, and once we become familiar with those laws, we can do a lot to create a happy fate.

You reap as you sow

What are those laws then? Well, it is not as if we have not been instructed in them. Two thousand years ago, we were told: “Put your sword back into its place. For all who take the sword will perish by the sword”. We were also told: “Judge not, for with the judgment you pronounce you will be judged, and with the measure you use it will be measured to you.”  These quotes are from The New Testament, but today it seems that a lot of people have forgotten about them. Translated into modern terms they mean: You reap as you sow. Or maybe even clearer: what you do to others, you eventually do to yourself.

These are not just lame words, but actually the basis on which we create our fate. Today we also call this the law of karma, and the Danish visionary and mystic, Martinus, has written extensively about the law of karma in his main work, Livets Bog (The Book of Life) and in many articles. See www.martinus.dk (in 20 + languages).

You reap as you sow. Now, this is something that we should remember and try to live by. If we don´t, the fate we expose others to by stealing from them, exploiting them, lying to them, harming them, killing them etc. will eventually become our own. No, no, you might now say, I prefer that fate is ruled by chance and that if bad things happen to me, then I can blame the universe or God or whatever. I want to have something or somebody to blame. It cannot be my own doing. It cannot be my fault.

And no, it is not your fault and you certainly did not create a dark fate for yourself on purpose – you did it out of ignorance. To avoid creating your fate by default, it is of paramount importance to become acquainted with the law of karma. Nothing happens by chance and whatever energy we send out into the universe will return to us in the same shape as we sent it out. A hateful energy will return as a hateful energy, a loving energy will return as a loving energy etc.

Our fate cannot be understood in a one-life perspective

It may be so that the energy we send out via our acts can be a long time travelling through space. It may not return to us in the same incarnation as we sent it out. A murder we committed in a past life can return to us in a later life and result in us being killed. It is important to understand that nobody can understand his or her fate seen in a one-life perspective. We are eternal beings on an everlasting journey through spiritual and physical realms, and we certainly do not just live one life here on the physical plane. So, what we have sown in a former incarnation can come back to us in a future incarnation. This is a comforting thought, when we think that this or that dictator or criminal died before he was sentenced for his crimes. The Universe is a very just place, and everything we do will come back to us, because there is no straight line in the universe. The energy we send out via our acts will return to us, when the time is ripe and an opportunity presents itself.

The law of karma is relentless and as long as we go around sowing bad deeds, these deeds will become our own fate. In this life or in a future life.

Martinus says that becoming acquainted with the law of karma is the biggest challenge facing humankind today, because too many people go around behaving as if they were never to be made responsible for their acts. A cosmic responsibility exists and we are all subject to it. We are all responsible for our acts, and we must be prepared to accept whatever the consequences are.

Now, if we behave well, never cheat, never steal, never harm or hurt, never kill and always threat others with respect and love, then our fate will be wonderful and bright, because the Universe will send us back what we sent out: love, kindness and respect. In that way we have sown a lovely fate that will be ours, because we did to others what we wanted others to do to us. First, we must sow and then we can reap. The sowing always comes before the reaping.

Now, this is something that is worth thinking about in connection with the present situation in the world. When Kim Jong-un sends missiles into the air with no respect for other countries, then he has effectively created a fate for himself and possibly for his people that means he will reap what he sowed. He will most certainly not reap peace, harmony and respect, but unrest, enmity and war. And whatever Trump sows he will reap. What the terrorists sow, they will reap. All egoistic, ruthless, malicious, revengeful and evil behaviour will come back to us. There is no escaping the harvest of what we have sown.

Two very bad energies to send out into the universe are egoism and greed. They both show that all you are interested in is you. You have nothing to offer to other people, you just want to take from them: take their ability to work, their possessions, their money, their dignity, their well-being, their power, even their lives. Now, obviously, the energies of egoism and greed will, when they come back to their origin, mean that the person who sent them out will be exploited, taken from, treated with disrespect and end up living under conditions identical to those he or she let others live under. Greed is a terrible thing, because the karmic consequences are poverty, bankruptcy, loss and misery.

There is one point that most people ignore and that is the dark karma they sow through their eating of meat. “Thou shall not kill”, we have learned, at yet most people interpret this as only pertaining to other humans. We know that we will be sentenced and go to prison, if we kill another human being. But the killing expressed in the 5th commandment does not specify that it only refers to other humans. It simply says: Do not kill. This means: do not kill any other living beings. All life forms must be respected and the life of a cow, a pig, a dog or a chicken is also included in this. Do not kill.

When we participate in killing other living beings, we create dark karma for ourselves. It is of no consequence that we have not killed the animals we eat ourselves: Our demand for meat is the real reason why these living beings have been killed, so as meat-eaters we sow miserable living conditions, unhappiness, fear and killing.

I don´t think many people realize the dangers they expose themselves to, when they eat meat. Not only are they not protected from harm as soon as they leave home, but they are also exposing their body to all sorts of illnesses, because meat-eating is very harmful, as the digestion of it puts a huge strain on the body. It is also not at all necessary. It is old superstition that we need the protein from animals to survive. Through a vegetarian diet, we can get all the nutrients we need, as has been pointed out by recent research from prestigious universities all over the world. A plant-based diet is by far the healthiest, and the sooner we realize this, the better for us, for our fate and for the planet.

Coming to grips with the law of karma is the biggest challenge facing humankind today. We have to know how this works, so that we can stop creating a dark fate for ourselves. As long as we are ignorant about the workings of the law of karma, we will just go on sowing things that we will not like, when they come back to us.

There is only one way to create a happy fate: sow kindness, sow generosity, sow compassion, sow respect for all living beings and sow love. Lots and lots of love. Then we can be absolutely sure that our fate will become happy and full of bliss, light and love.